We were excited to get to play with this 45345 LEGO Education SPIKE Essential Set. You can have fun learning about building LEGO machines and motorizing them with your own programs with the help of LEGO minifigures Maria, Daniel, Sophie, and Leo. Although this robotics set is geared for younger audiences than the SPIKE Prime or Mindstorms, it’s a great set for learning to love robotics and comes with lots of awesome new pieces! Even adults may prefer using its smaller sized hub for compact building projects. We will give you an overview of the set and the software and let you know some of the aspects we really liked about it.

END_OF_DOCUMENT_TOKEN_TO_BE_REPLACED

Whether you have a LEGO Mindstorms or a LEGO Spike, robots are so much fun! Just use your imagination to create your own robotic invention!

We had so much fun building a ballerina robot using an EV3 to control her dance and play her music. We named our robot “Minnie Fay,” after a character from the musical Hello Dolly!. We love ballet, and we thought that it would be fun to build a robot dancer! Robots can be anything that you have an interest in!

END_OF_DOCUMENT_TOKEN_TO_BE_REPLACED

We were so excited to present on the subject of building for reliability in the FLL Share & Learn Community Webinar Series. We hope that you find it useful regarding how to build a sturdy and durable robot and how to optimize your robot’s build for mission consistency.

END_OF_DOCUMENT_TOKEN_TO_BE_REPLACED 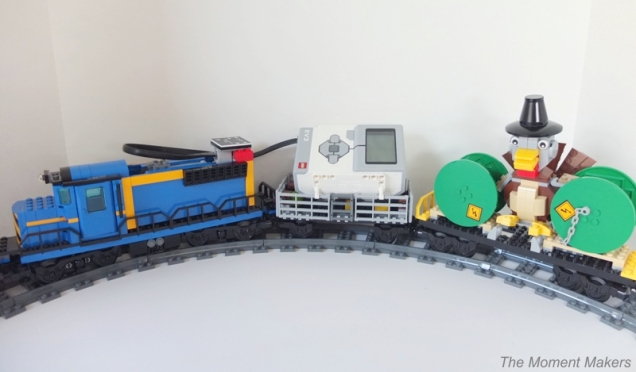 While we were creating our project prototype out of LEGOs, we found awesome aftermarket equipment from a company called Mindsensors that allows an EV3 to be able to talk to a Power Functions IR Receiver, enabling an EV3 to control LEGO Power Functions! Power Functions is a sub-section of LEGO that is mostly used in older motorized LEGO Technic sets, LEGO train sets, and the original WeDo. LEGO Power Functions included motors of different sizes, as well as lights. The Mindsensors’ PFMate controller can hook up to an EV3 with just a regular EV3 wire! Mindsensors also has a downloadable EV3 block already available! These Mindsensors after-market components are not made by LEGO, though, so they cannot be used as part of the FIRST LEGO League robot game (actually, even the Power Functions elements are excluded from the robot game). However, they might help you with developing a project prototype (how we discovered them) or you may just want to use them for fun with your EV3! In this article, we will show you how this interesting after-market component is used.

END_OF_DOCUMENT_TOKEN_TO_BE_REPLACED

Gears are everywhere, from seemingly simple toys to as complex things as cars. We think that it is amazing that LEGO Technic has incorporated so many gears into their sets to create functioning machines or robots to be used in FLL (FIRST LEGO League). In addition, many other LEGO themes such as City and Friends have used gears for many of their special functions. In this article, we will show you the types of gears as well as their uses.

END_OF_DOCUMENT_TOKEN_TO_BE_REPLACED

In LEGO Inspiration today, we will continue showing you what we found interesting in LEGO Technic set number 42062 Container Yard.

This is one of the medium-sized LEGO Technic sets, but even though it’s small it has lots of cool gearing and use of connectors. It is a 2-in-1 set, so it also has available instructions to build a container straddle-carrier, but for this article we will deal with the main instructions for the 2 container yard vehicles. Of these two vehicles, we will focus on the blue and white one in this article as “part 2” about this set (see “part 1” for orange vehicle).

END_OF_DOCUMENT_TOKEN_TO_BE_REPLACED

In LEGO Inspiration today, we will show you what we found interesting in LEGO Technic set number 42062 Container Yard.

This is one of the medium-sized LEGO Technic sets, but even though it’s small it has lots of cool gearing and use of connecters. It is a 2-in-1 set, so it also has available instructions to build a container straddle-carrier, but for this article we will deal with the main instructions for the 2 container yard vehicles. Of these two vehicles, we will focus on the orange one in this article as “part 1” about this set. We have found many neat and inspiring things about this vehicle.

END_OF_DOCUMENT_TOKEN_TO_BE_REPLACED

We are really excited for the 2019-2020 season in FIRST LEGO League! The theme this year is City Shaper! FIRST LEGO League (FLL) is such a great program for kids ages 9-14 years old (age restrictions are different in other parts of the world, so check for your region). Get involved if you can as a team member or coach! Even if you do not have time to be fully involved, you can still volunteer or attend the many tournaments across the world!!!

END_OF_DOCUMENT_TOKEN_TO_BE_REPLACED 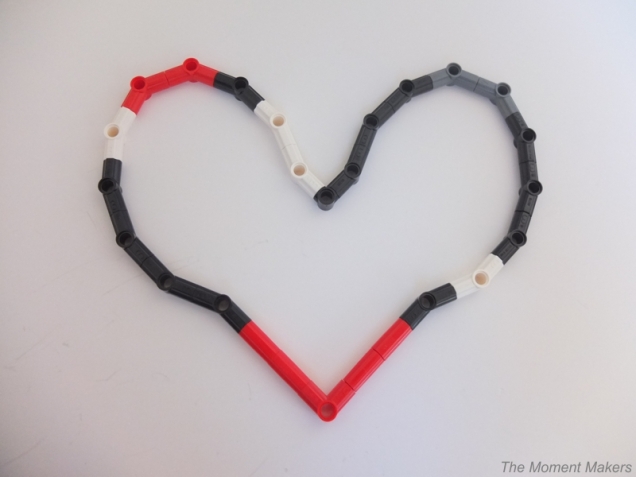 As part of messing around with pieces and looking for angles to help fix a FLL attachment we were working on, one of our team members built this heart made out of angles. Angles are awesome! We kept this Technic “doodle” around to take pictures of it to share with you. So Happy St. Valentine’s Day and have fun learning about Technic angles!

END_OF_DOCUMENT_TOKEN_TO_BE_REPLACED

In LEGO Inspiration today, we will show you what we found interesting in LEGO Technic set number 42057 Ultralight Helicopter.

Our squishy mango friend insisted on taking the wheel for our opening picture! This article covers only one of the two models that can be built with this set. This is one of the smaller LEGO Technic sets, but perhaps the neatest thing about it is the fact that it is so compact and simplistic but capable of doing so much. There are great examples of transverse gearing, gear trains, and pivot points controlling steering!